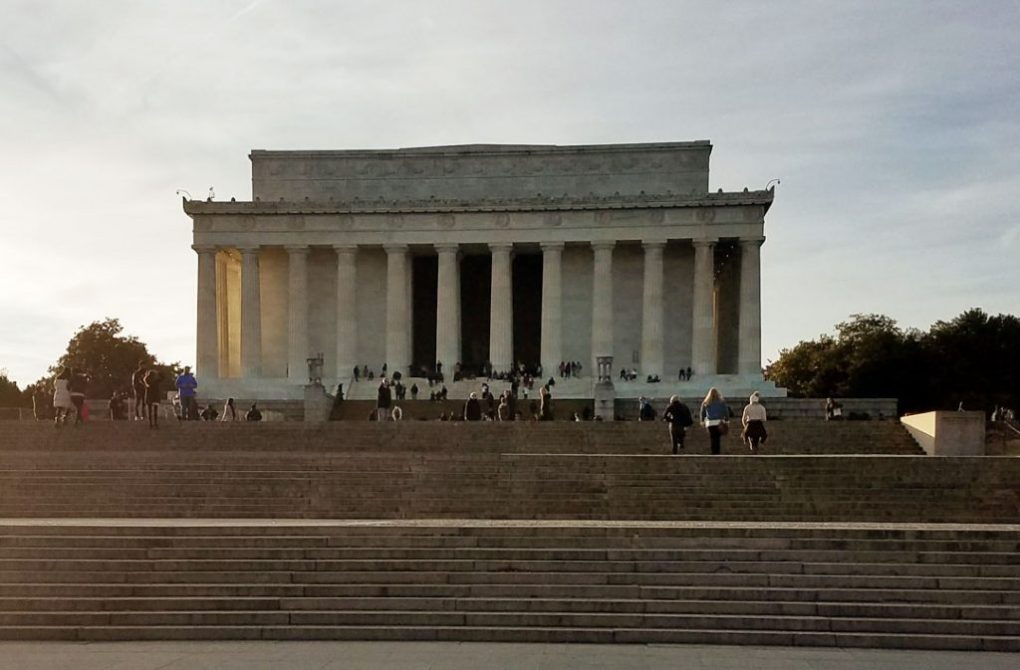 After 8 years of construction on the newly formed land known as the Potomac Flats, the Lincoln Memorial was opened on May 30th, 1922.

To the right of President Lincoln’s statue, is a small door labeled “maintenance”. Stepping past the door, we quickly found ourselves in a narrow and steep staircase.

On Top of the Lincoln Memorial

Still beaming with excitement for this opportunity, we quickly discovered the spectacular views from atop the Memorial.

The Washington Memorial and the Old Clock Tower were both closed during our visit, so we were grateful to get a birds-eye view of the National Mall.

Mr. Zinke share history about the Civil War and the surrounding area of the Lincoln Memorial, including the Potomac River and Arlington National Cemetery.

Below the Lincoln Memorial

The grand chambers and the cavern underneath the memorial were dug out of bedrock.

Standing under where the 6-ton statue of Lincoln sits, we are surrounded by cement pillars.

Walking out of the main chamber toward the Mall, you can see the staircases flatten out as we near the plaza. Stalactites were formed by leaching underneath the cement.

What a privilege and blessing it was to be asked to join this private tour! The possibility of future tours being open to the public was mentioned, but nothing has become official as of this writing. Taking this journey back in time, viewing the early 1900’s engineering and graffiti, enjoying the views, and seeing the stalactites are just a few of the incredible memories!